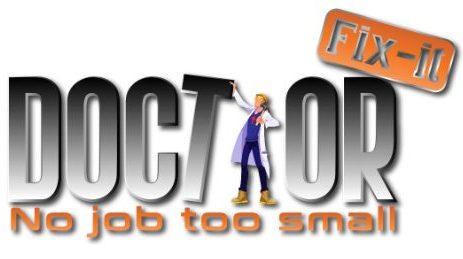 Why Timing Matters When It Comes To Water Damage Restoration

When a residence has experienced water damage, it is imperative that it be taken care of immediately. Water damage that is left to reside in a home will begin to cause issues almost immediately following any floods, storms, or water overflow. Floods can occur for a multitude of reasons including, but not limited to, burst pipes, natural disasters, and faulty appliances. No matter the amount of water that comes from these disasters, it’s important to treat all as a threat that needs to be addressed immediately.

Water damage can be harmful to both our properties and our bodies. To ensure the safety of yourself and the integrity of your home, it must be known that water damage really is as bad as it is made out to be.

Mold is one of the most dangerous consequences of water damage because of the effect it can have on not only physical structures but the health of anyone near it long and often enough. Mold is a fungal growth that forms and spreads on anything damp or decaying. It will begin growing within the first 24 hours of the flood and wreak havoc on a person’s life. It will eat any surface and weaken it as it grows. The mold that is left alone to infest a home will compromise anything in its path. If the mold is not immediately taken care of, rampant mold growth could take over a house and, in extreme cases, cause the structure to be condemned.

In addition to damaging surfaces, it will also damage a person’s health and weaken their immune system. Health problems such as allergic reactions, asthma attacks, eye and/or skin irritation, irritated throats/nose, and lung problems are some of the most common health effects that can occur. Moreover, repeated and elongated mold exposure can increase one’s sensitivity, causing more severe allergic reactions. Exposure to certain molds that produce toxins called mycotoxins can cause more serious illnesses as well.

The longer that water is allowed to sit in a home, the higher the chance of bacteria and contaminants spreading. Depending on the kind of water that plagues the home, these contaminants can run rampant in the home, causing all sorts of illnesses. A person in this type of environment who is constantly exposed to water damage can experience illnesses ranging from a mild upset stomach to serious illnesses such as dysentery, typhoid fever, and other water-borne illnesses.

Procrastination Leads To A Harder Cleanup

As stated earlier, several problems in health can arise if excess amounts of water aren’t taken care of quickly. In addition to that, the water damage that is neglected is more likely to damage personal possessions and valuables. Moreover, the longer water is left to sit, the harder it will be to get rid of the damages, leading to a higher cost of restoration services. Things in your home like drywall, ceiling tiles, and flooring will be affected by flooding and most likely need to be replaced if left untreated for a lengthy period of time.

Professionals at Doctor Fix It in New Jersey are readily available to help you with any water damage issues that you may run into. They will work tirelessly to ensure that no further issues will arise when it comes to water damage.